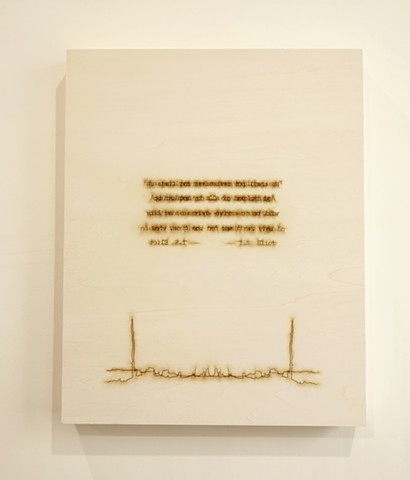 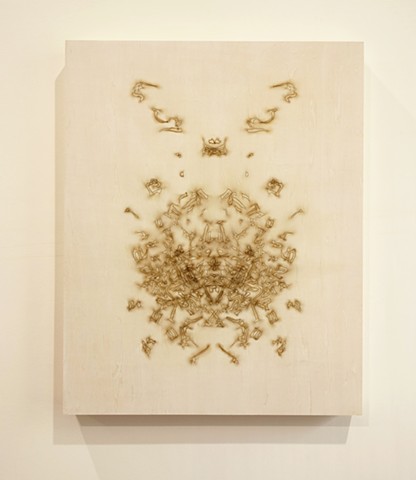 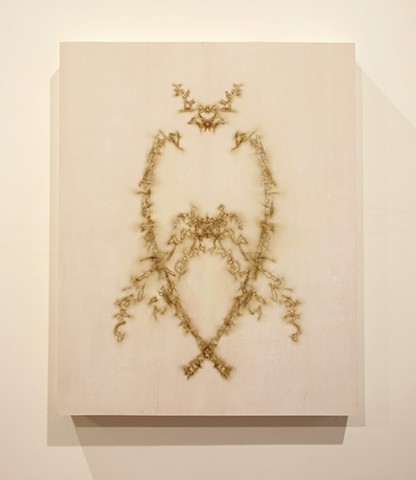 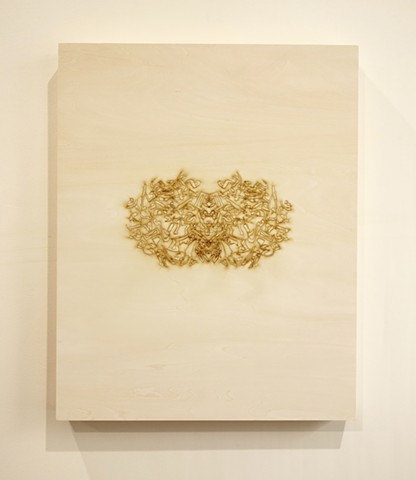 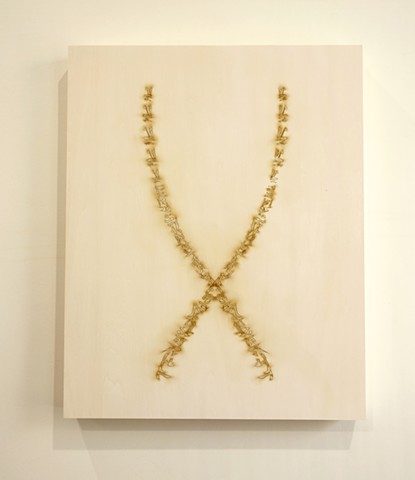 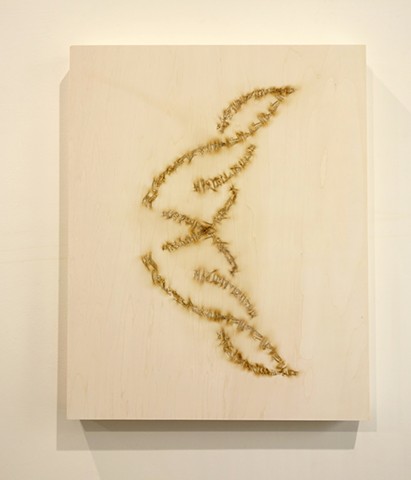 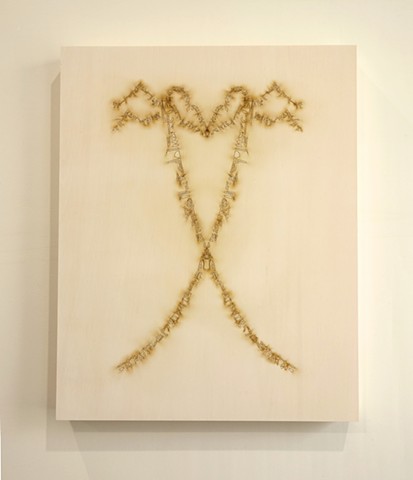 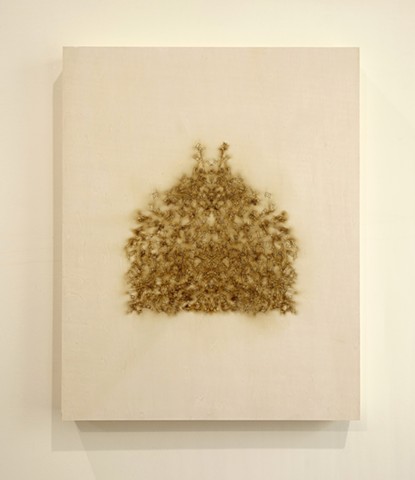 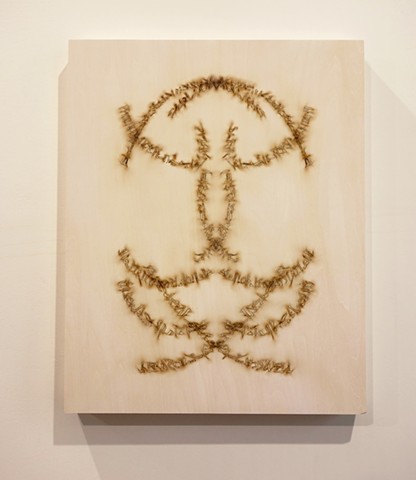 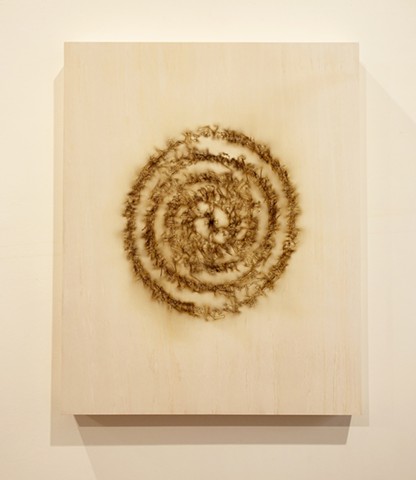 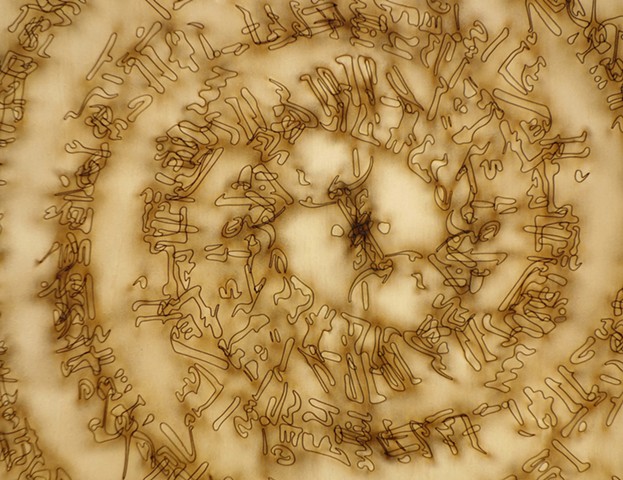 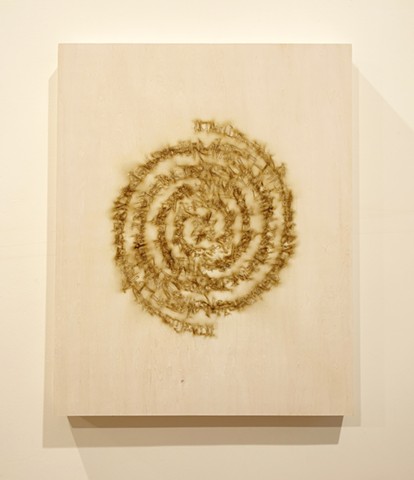 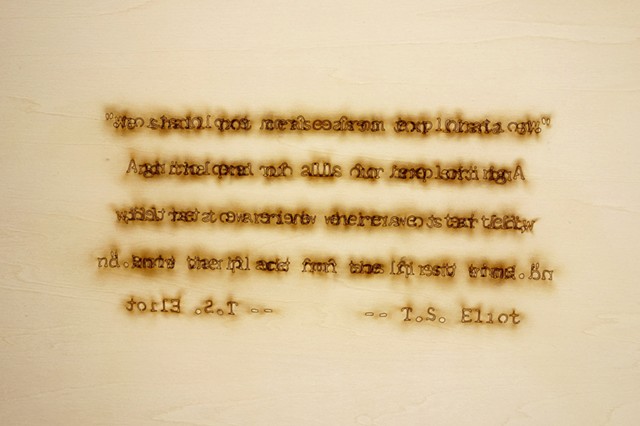 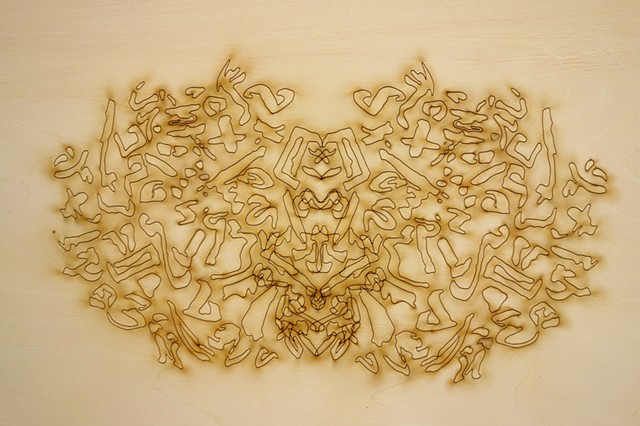 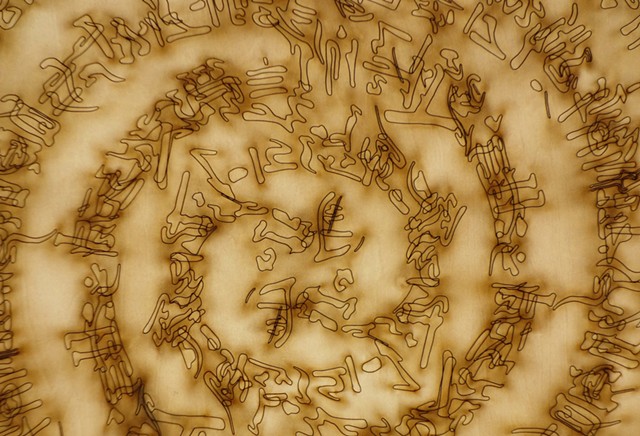 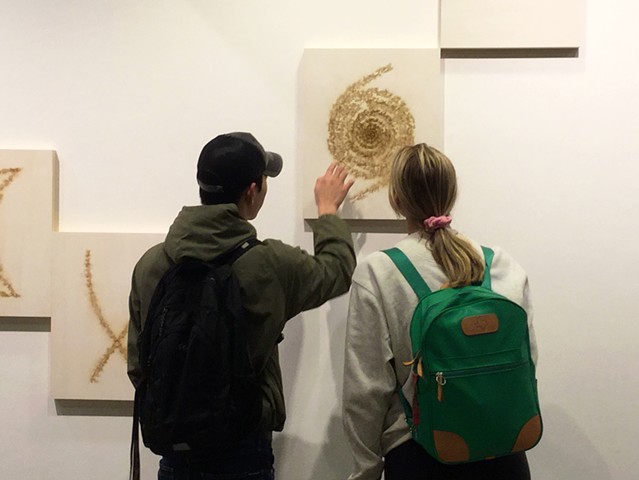 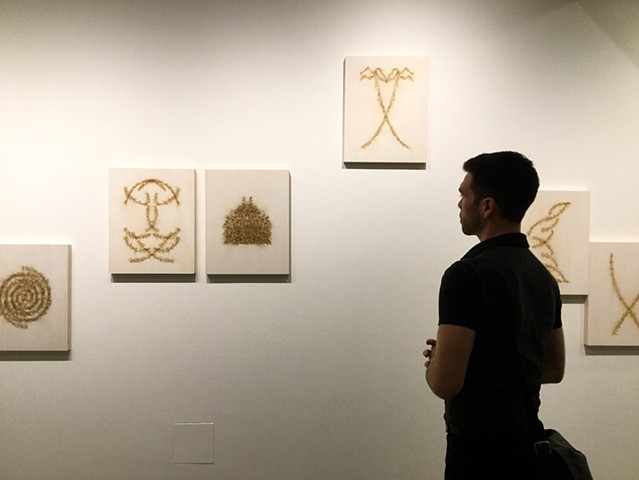 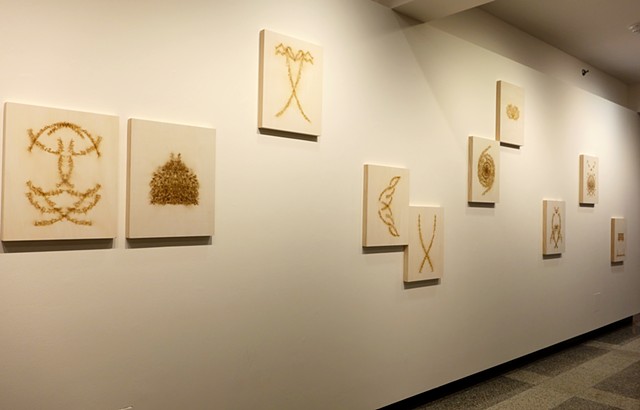 Fascinated with this papyrus, I created a number of works combining images of magic spells from the Edwin Smith Papyrus. Originally, I traced the magic spells by hand and made them into drawings. These drawings were then made into laser cut on vellum. During the laser cutting process, I experimented with different types of substrate for various vapor effects on papers.

During the laser cutting process, my attention went to the base board of the laser cutting equipment. My laser cut technician had just opened her laser cutting studio, and I was one of her first clients. Because there were only just a few burned marks from the previous laser cut projects, I could easily see the burned effects on the base board after each cutting. I found it very interesting and beautiful. I experimented with birchwood as one of my substrate for the vapor effect, and I really liked the marks that laser cut left on the birchwood.

1st edition was done on raw birchwood panels, and for the 2nd edition I applied varnish and water down white acrylic paint before laser cutting.