I remember my elementary school in a suburban town of Chiba, Japan as a place full of rules. Every day we practiced drilling which reinforced structure and unity over individualism. Most of the students followed these rules obediently and learned the meaning of endurance and unity through our bodies. This was in the 70s.

I would never say it was brutal because it wasn’t. There are far more brutal things children are forced to endure in this world sadly. We were not war refugees or political refugees. We didn’t need to leave the country or homes. We just needed to move in unison, like a school of fish. We learned to move forward and backward, form two lines to four lines in two steps. We run, jump, sit, and stand up with the sound of a whistle. We run in the winter. We swam in the summer. And we did jump rope and drill exercises all year around.

Years and decades later, my body still remembers this. These exercises made some sort of incisions in my somatic memory, and I wonder if other people in Japan from the same era remember that in their bodies.

Memory is a funny thing, especially for the body. 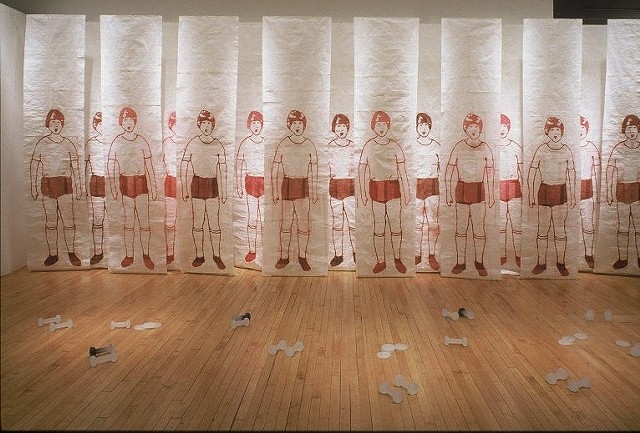 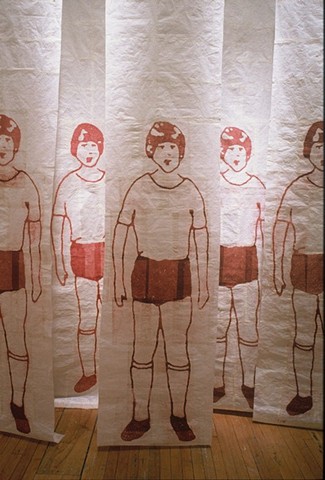 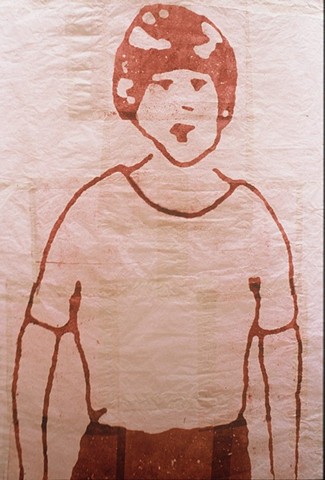 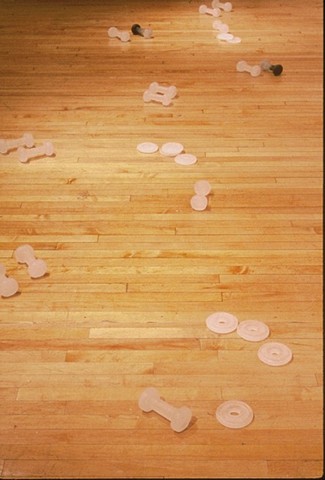 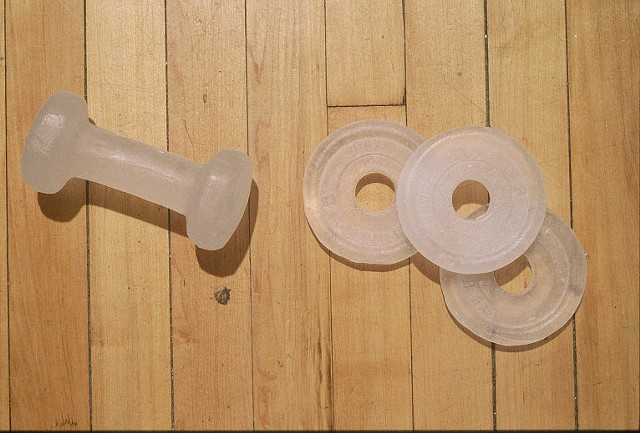 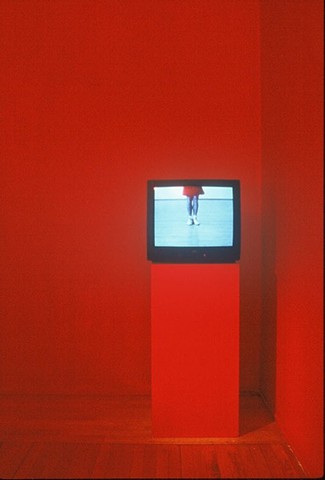 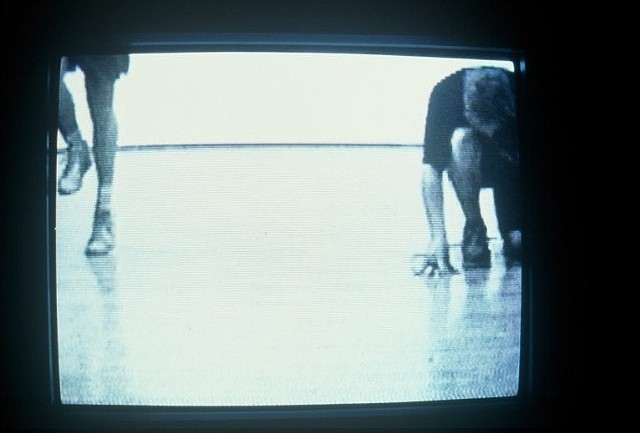 Performance art I created a rule-oriented performance piece using jump rope based on my memory of daily exercises at my elemental school. My performers were three white American male students I recruited at Massachusetts College of Art and Design (MassArt) in Boston, Massachusetts. This piece would eventually influence my graduate thesis work and become a part of it for my MFA at MassArt.

First, I needed to train my performers. They were not “trained” to jump rope when they were children and did not know how to do it well. During the training period, I used an American publication titled Goals and Strategies in Teaching Physical Education to teach my male performers the necessary physical discipline which I felt they needed to be taught. They needed a lot of practice, and it took three months for them to be in a shape to perform a 10-minutes performance piece I wrote. Jumping rope for 10 minutes is a physically demanding task. I performed a role of trainer/teacher with a whistle in both training period and performance. My role, a Japanese woman with a whistle giving instructions to the white male students to do demanding physical activities, evoked power shift in gender, racial, and cultural relationships.

Rules Performers start jump rope when they hear a whistle. They all start together with basic style with double touch and start counting each jump they make. If any of them make an error, they must keel on the floor and stop counting. They must get up with the next whistle and start jump rope again, but they move onto another jump rope variation. They start counting from one as they begin a new variation. Once again, if they make an error, they must kneel on the floor and wait for the whistle to get up and move onto another variation.

Jump rope variations become progressively more challenging as they make errors. If they do not make any errors, they would stay with basic style with double touch the entire duration of the performance, while continuously counting up to whatever the numbers they may achieve. For those who make many errors, they may not achieve the higher count, but they would get to take a break though keeling down on the floor may seem like a failure, and they get to move onto a more challenging variation. As they get up with a sound of whistle and begin counting with a different variation, visual and sound effects among three performers become more confusing and complex. They all start in unison and count the numbers together, but as soon as any of them make errors, their unison is broken. Teacher controls when they can get up and jump rope with a whistle. The performance is set for 10 minutes.

The order of jump rope variations:

The performance piece was titled Progressive Human Errors and we performed at the Institute of Contemporary Art in Boston in 1996.

Installation The original images of the Xerox transfer prints came from Goals and Strategies in Teaching Physical Education. These figures represented ideal self-disciplined students. They looked like Japanese students, wearing bloomers for gym class. They looked funny with their slanted eyes, helmet-like hairstyle, and of course, those bloomers.

Each print is ten feet in height, composed with multiple sheets glued together to make up one long scroll. They hang from a cable wire above, and silently sway with slight air movement by the viewers.

On the floor, cast glass of dumbbells are placed in front of these figures.

In a back I created a small room for the video from our jumping rope training. The video image focuses mostly on their feet. The repetitive rhythm of feet tapping and rope hitting on the floor, and the male voices counting numbers at various stage can be heard throughout the installation.