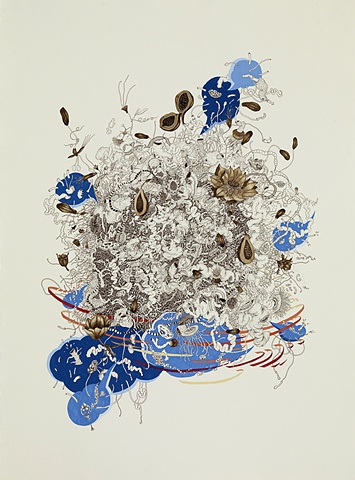 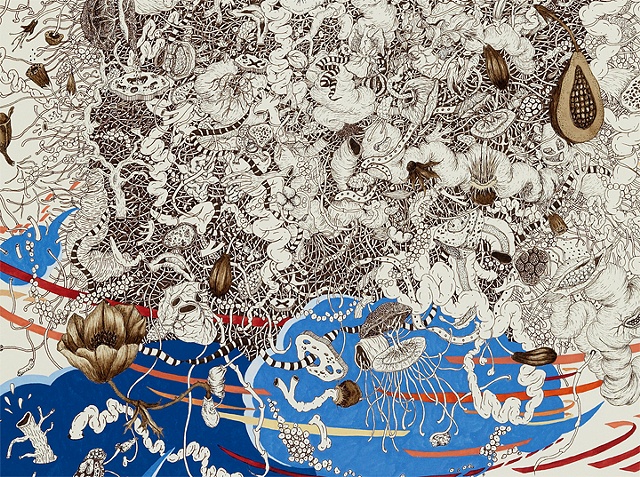 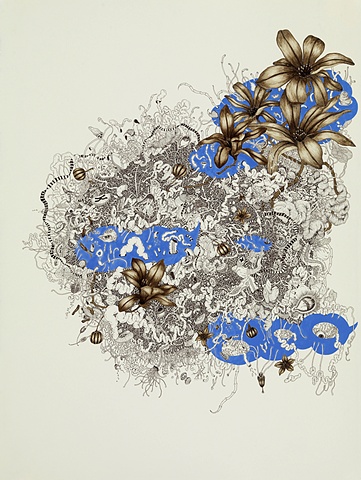 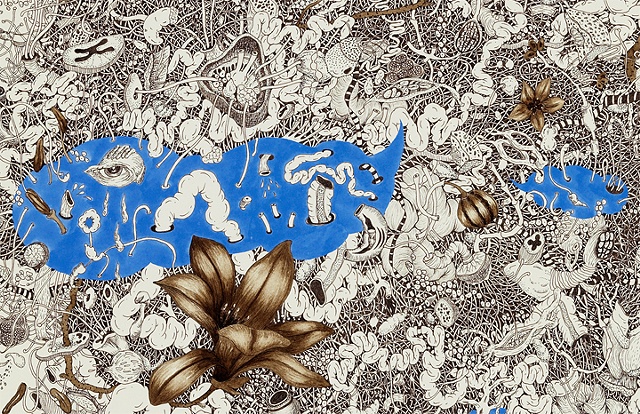 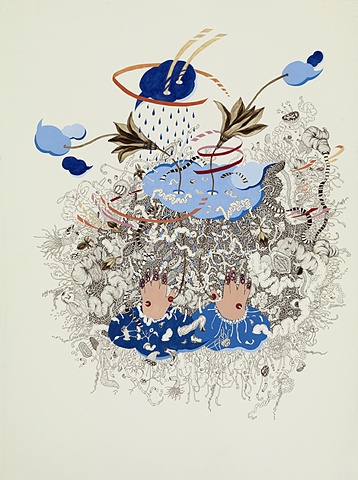 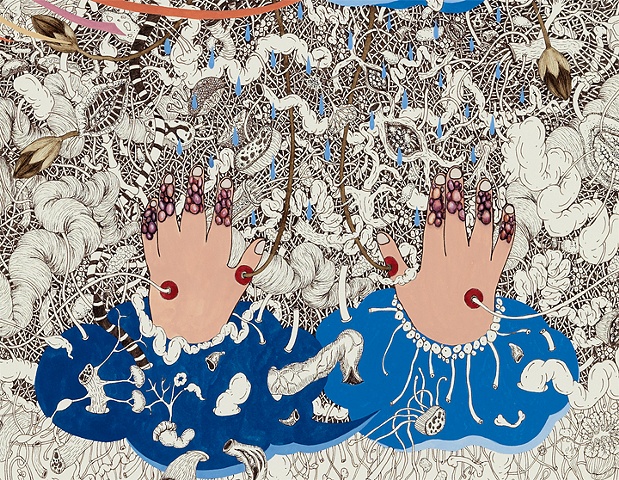 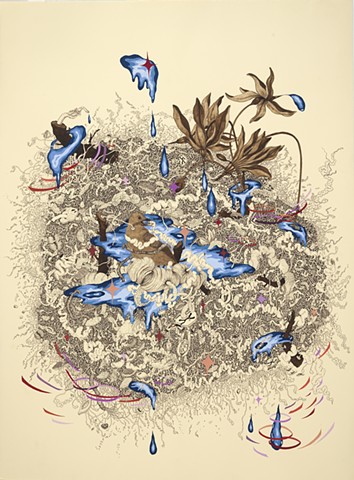 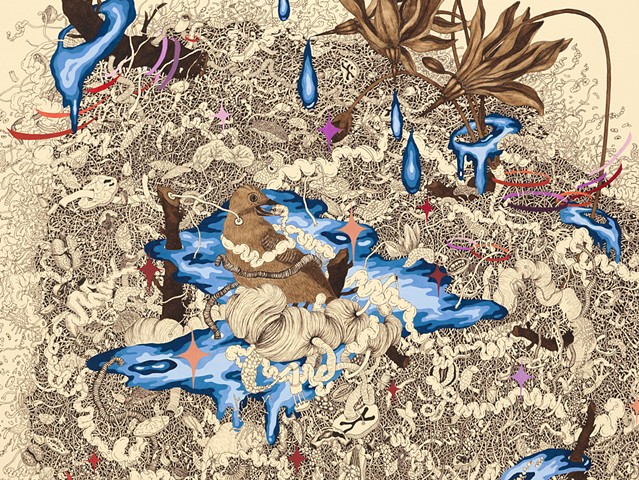 Intueri is the Latin word which means “to look inside” or “to contemplate.” It is also the origin of the word, “intuition.”

Using fine point pen, mineral pigment and ink, I create the microcosmic worlds that are dense with tubes and wires, organs, intestines, and plant forms. I imagine this microcosmic world as pulsing and breathing.

Exposing ourselves inside out, shedding the outer skins, organs and intestines in my drawings interact with the environment as a part of organisms in the world. These forms are connected and often tangled with tubes/wires/roots like forms. In my view, we're all interconnected with everything in the world, and one another.