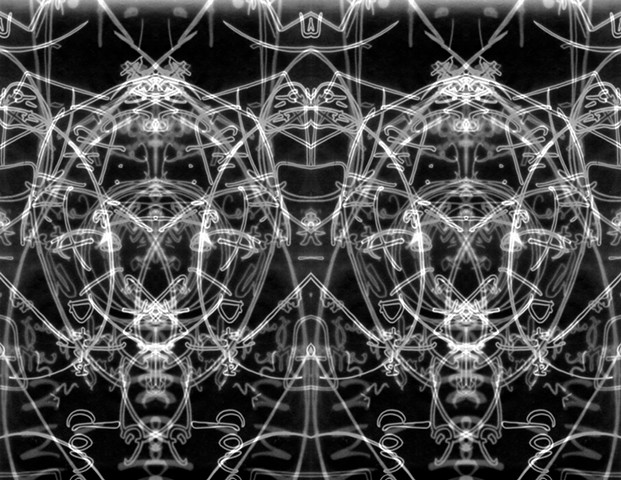 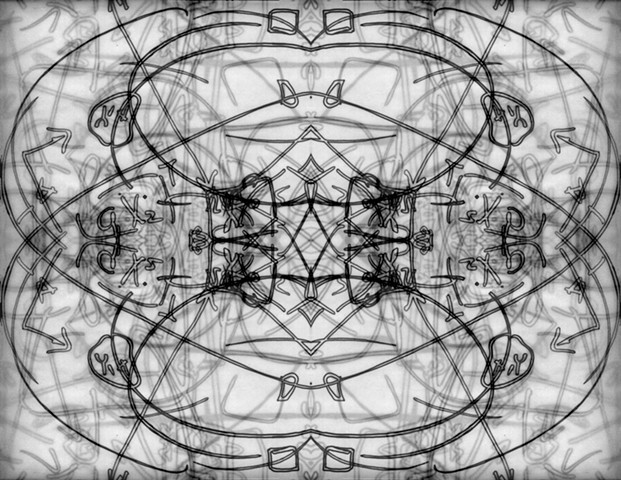 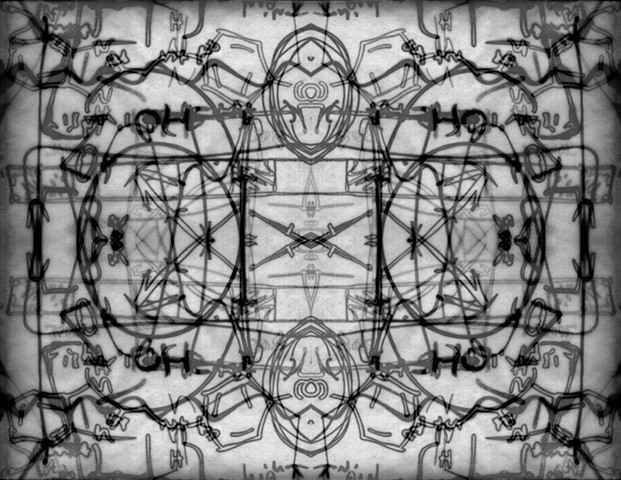 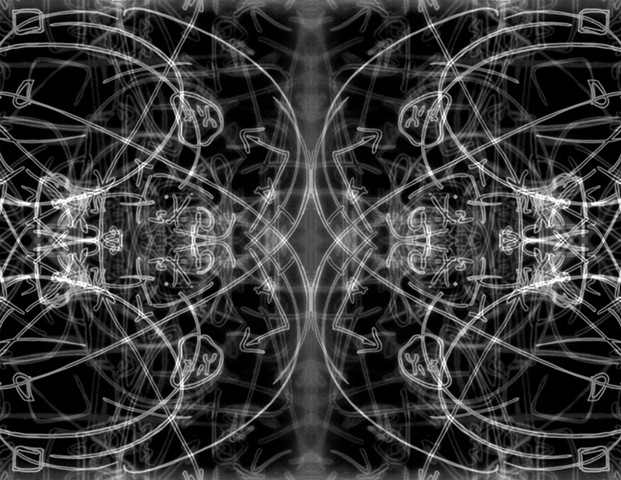 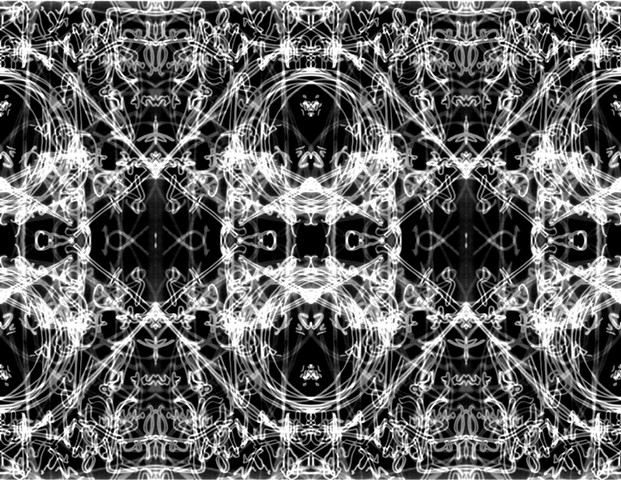 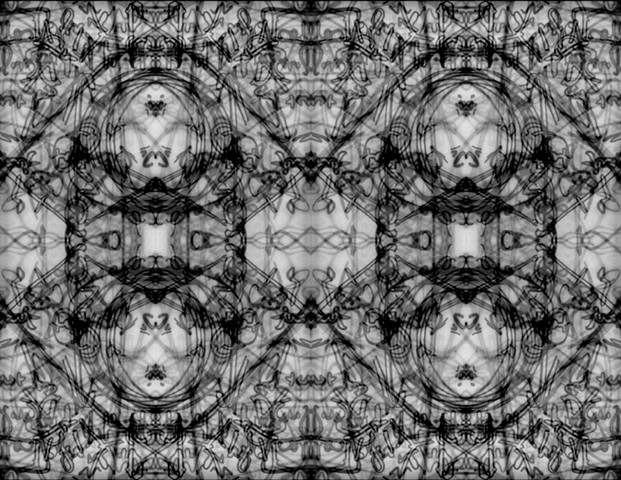 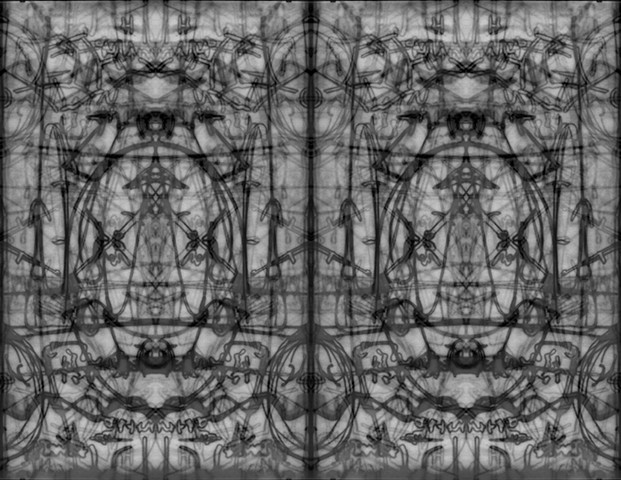 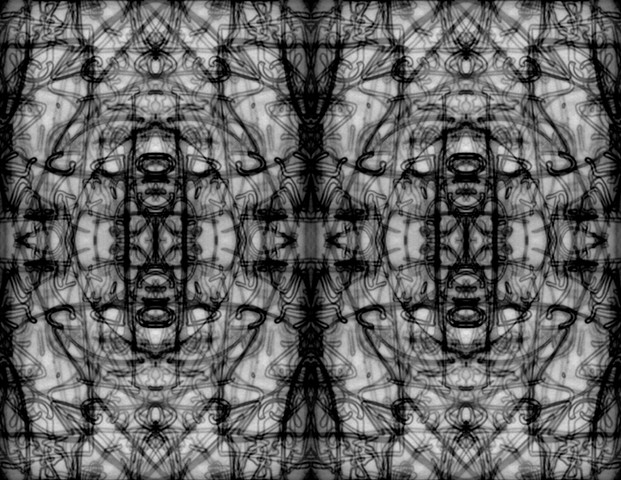 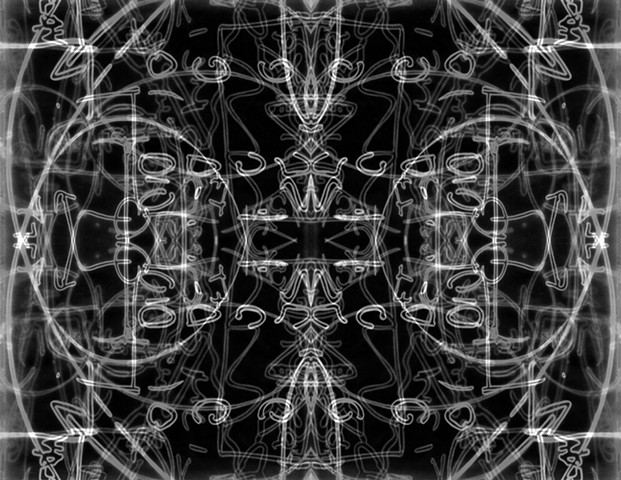 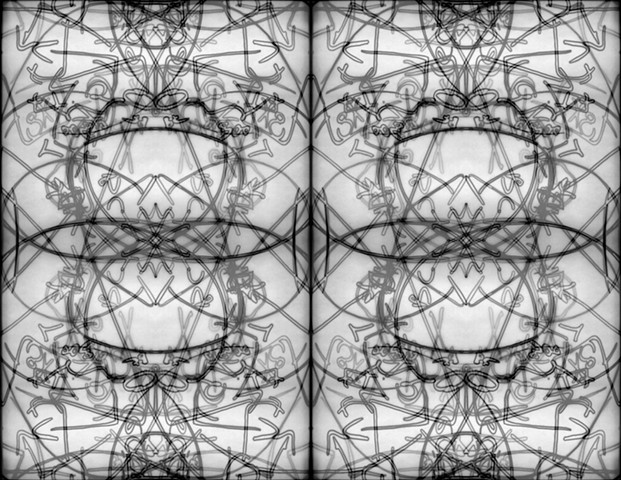 I began tracing these scientific writings on the whiteboards shortly after I arrived at the Broad Institute in the spring of 2016. I regarded my tracing as data gathering and preserving, but I had no idea what I was tracing. These marks existed purely as visual forms—they were a language that I didn’t understand, but I was fascinated with them. I traced them by hand, then scanned the traced writings to create artwork. Materials and Methods I gave myself a set of rules for scanning. I scanned the first sheet. Leaving the first sheet where it was, I laid the second sheet on top of the first sheet and scanned, then the third one on top of the second and scanned, then the forth one on top of the third, and so on. I continued until I scanned six layers. Then I started a new set of scans with different variations. Each layer added complexity, creating a web-like image in the end. These scanned images were worked further in Photoshop, then digitally printed on vellum and Tyvek papers.

Each line represents dialogues between scientists’ hands and my hand. Lifted written notes from the whiteboard bear evidence from that particular time, and they became a documentation of the minds of the scientists at the Broad Institute. Installation In 2020, I created an installation using prints from Field Notes for the Bell Gallery at the Rivers School in Weston, Massachusetts.

Field Notes, II was created by placing many layers of 10ft long digital prints on Tyvek and vellum on the floor, recalling what lays on the ground as the foundation of science, which is based on ideas and experiments. I laid the prints on the floor except for a long scroll that is attached to the wall. With layers of the scientific ideas and writings being laid on the floor, this work calls attention to what makes the groundwork for future scientific discoveries.