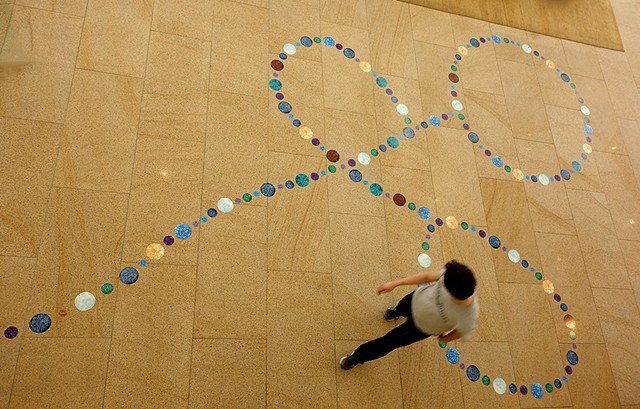 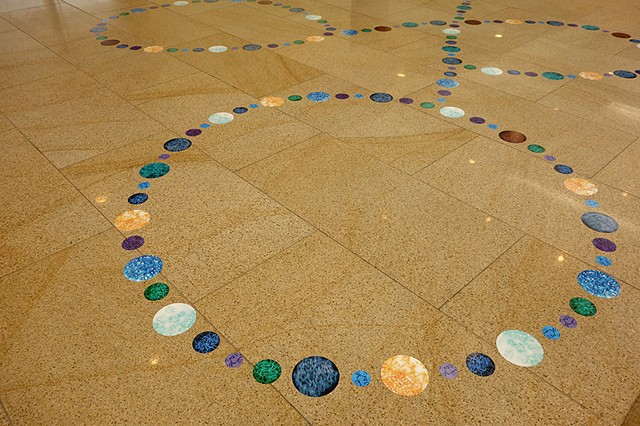 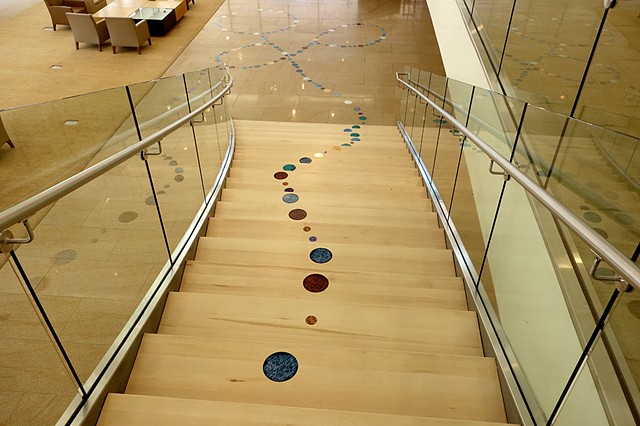 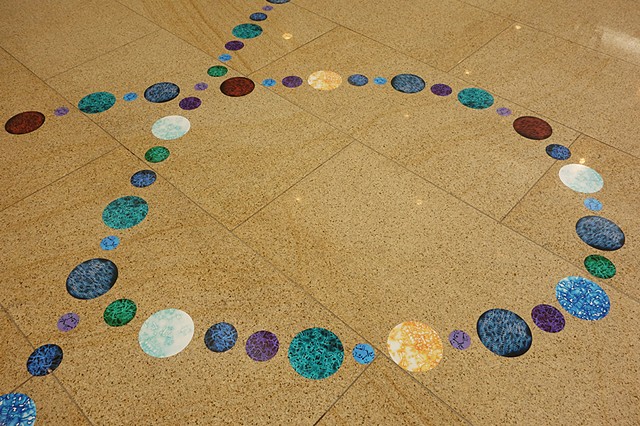 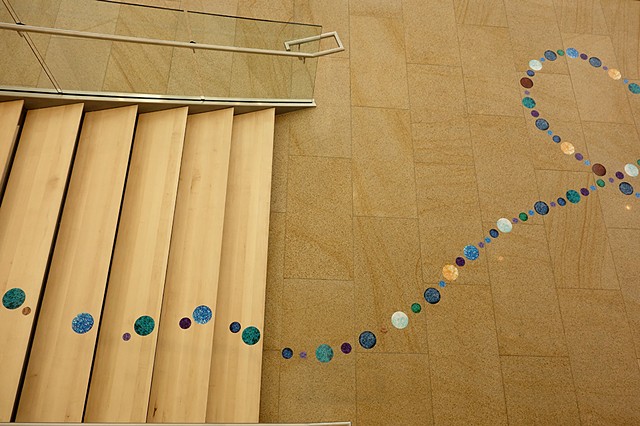 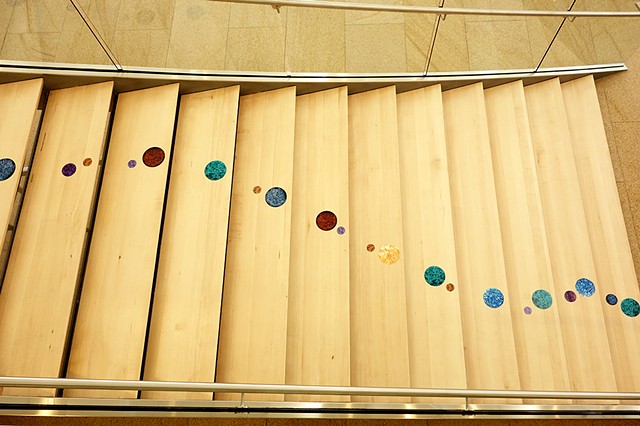 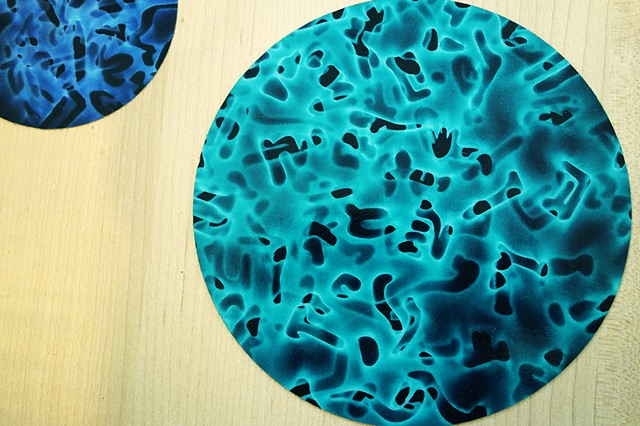 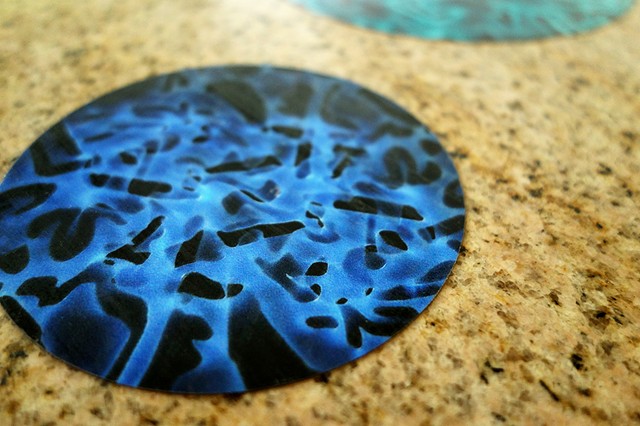 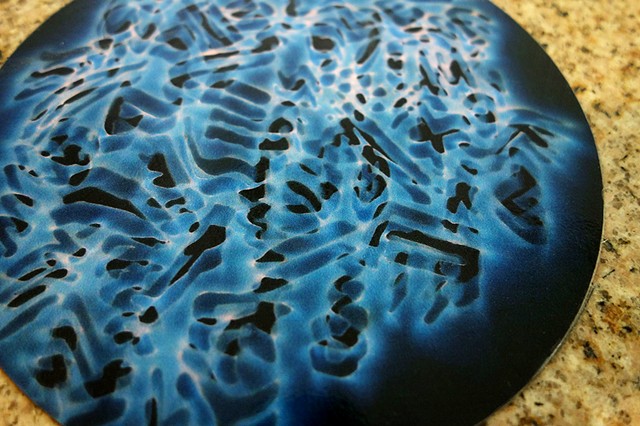 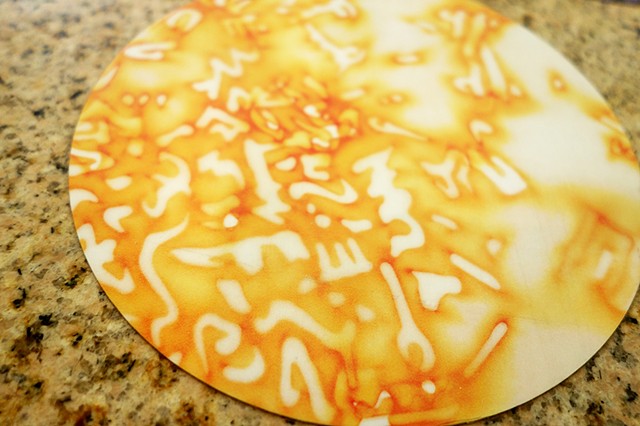 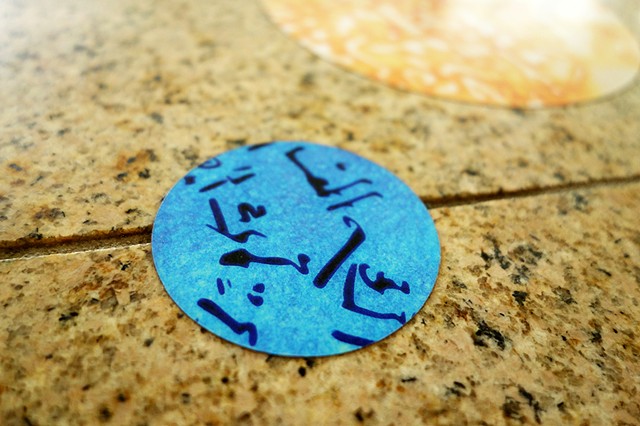 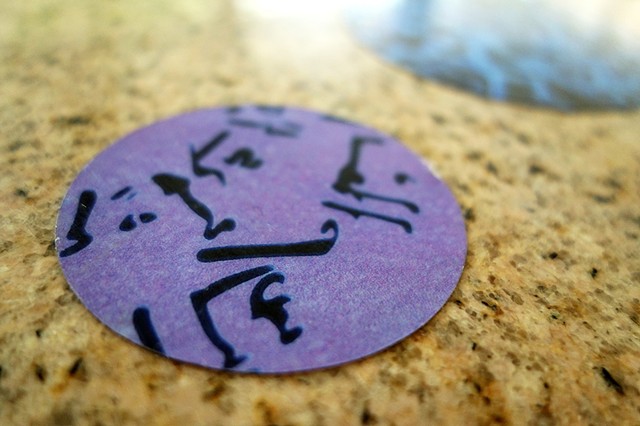 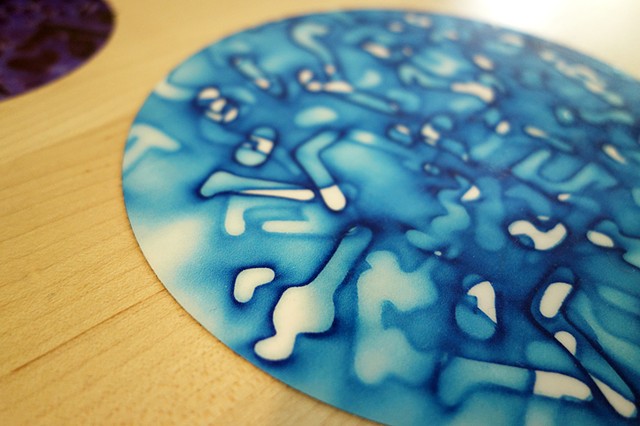 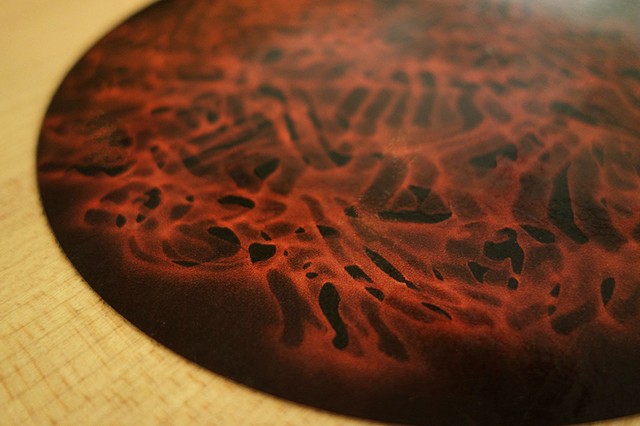 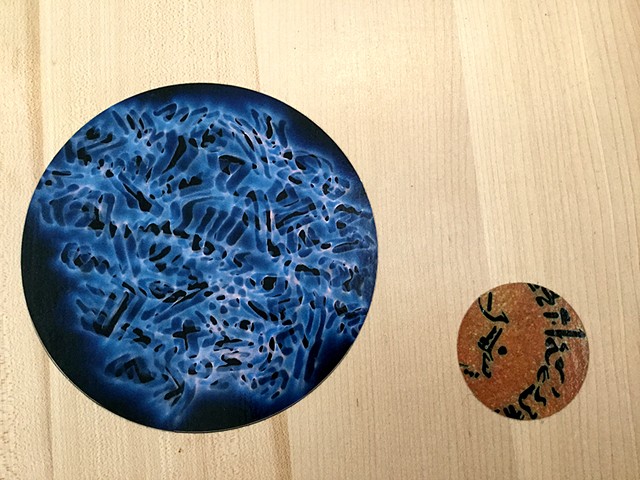 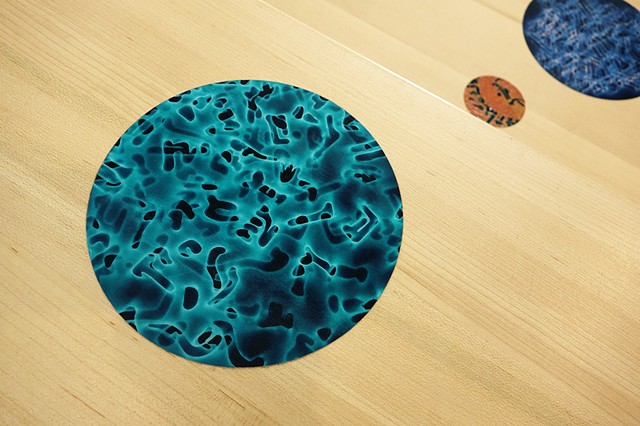 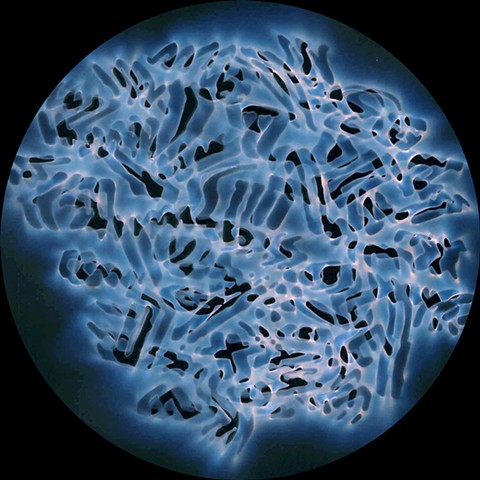 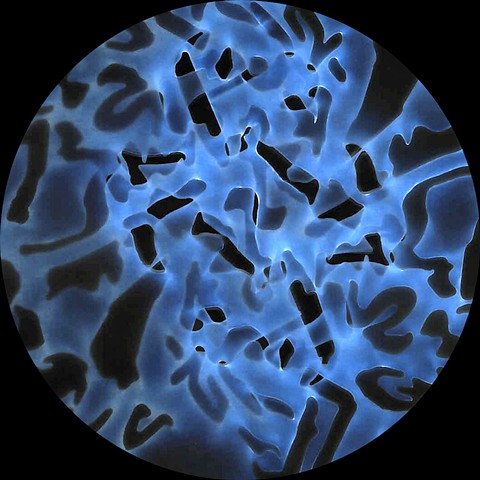 This site-specific installation examines our ancient roots in belief systems and diseases. It combines images of magic spells that were traced from a copy of the Edwin Smith papyrus—the oldest medical textbook to include prognosis in the history of civilization. The papyrus is from ancient Egypt, 1600 BC. The script was written in hieratic, a form of writing in ancient Egypt. These magic spells were a part of treatments in ancient world. Suzuki traced magic spells by hand and made into drawings first, and then made laser cut versions on vellum paper. Suzuki then created the microscopic views of ancient magic spells by scanning and editing the laser cut drawings in Photoshop.

The shape on the floor was inspired by the artistic rendering of the Congo River by Stephen Gire, then a Broad Institute researcher who worked in Congo during the Ebola outbreak. In that project, Gire digitally rendered the river to form a shape of Ebola virus in the forest suggesting the ancient origin of the virus, which dates back to possibly between 16 to 23 million year.

Suzuki contemplates on our ancient beliefs in medicine in the time when science, medicine, and technology are all accelerating at an unseen speed in the human history. Bridging together the layers of histories, she explores the interconnectedness of meaning between knowledge and beliefs, bringing forth the forgotten beliefs—the magic spells that were mostly written on the verso side of the papyrus—and asks us what is legitimate, what we may have lost, and what we still believe.