Large work: 20”x 20” each Mineral pigment on Japanese paper (kumohada mashi) over board 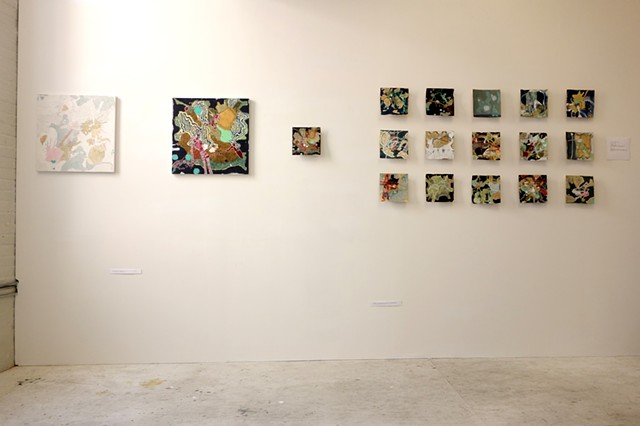 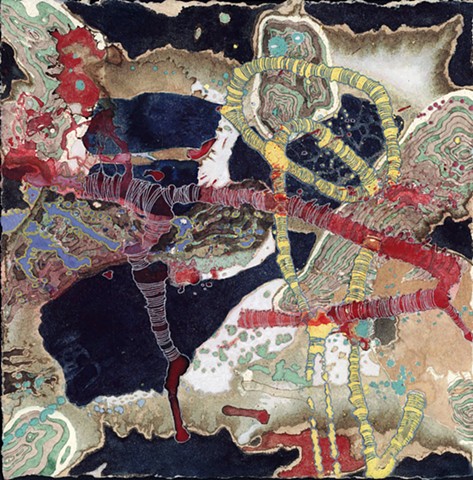 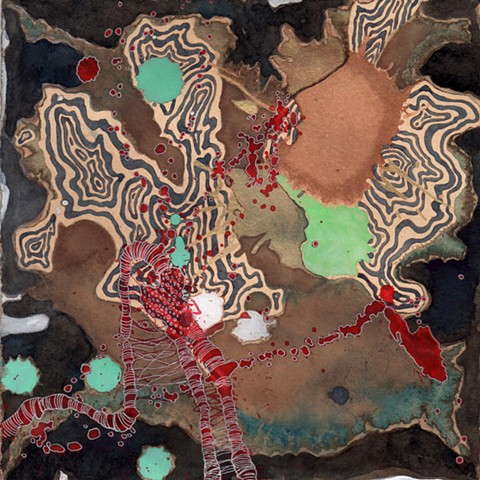 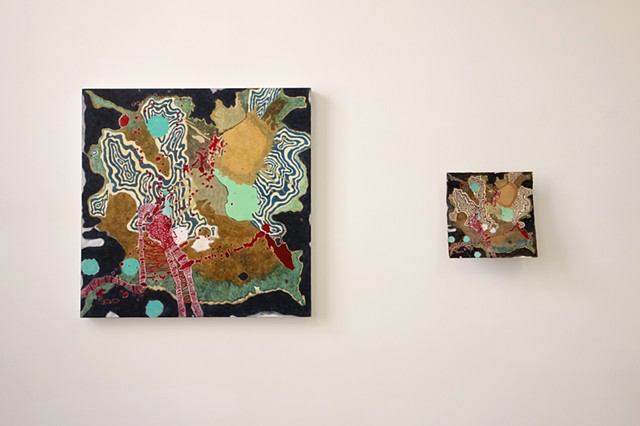 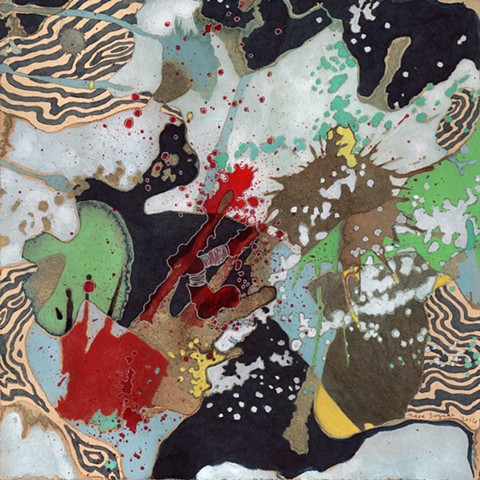 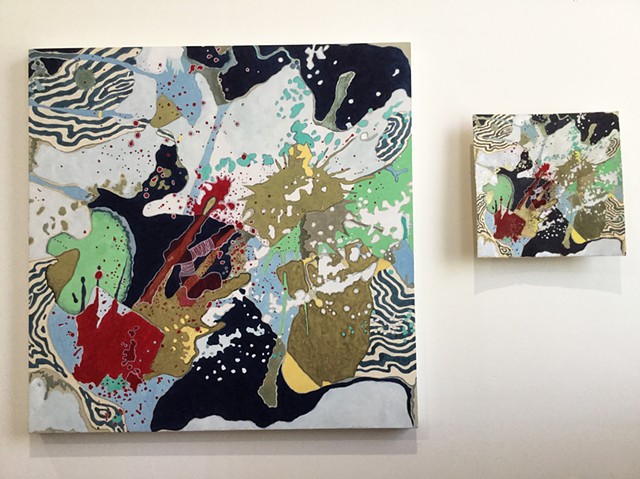 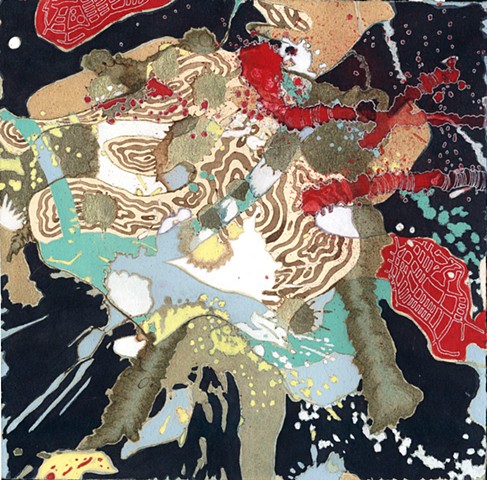 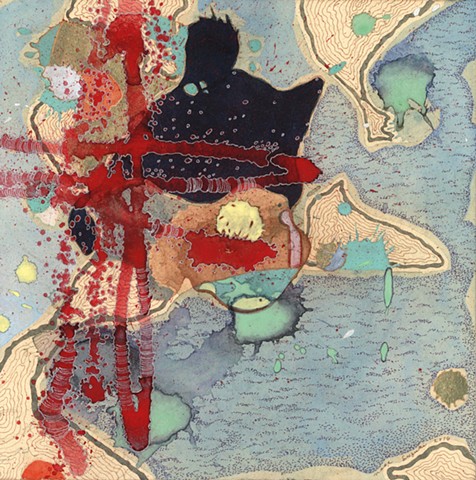 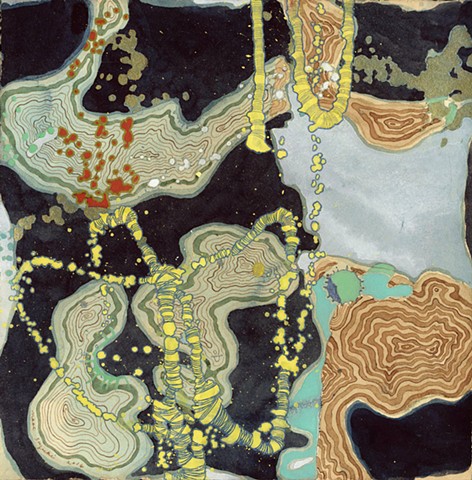 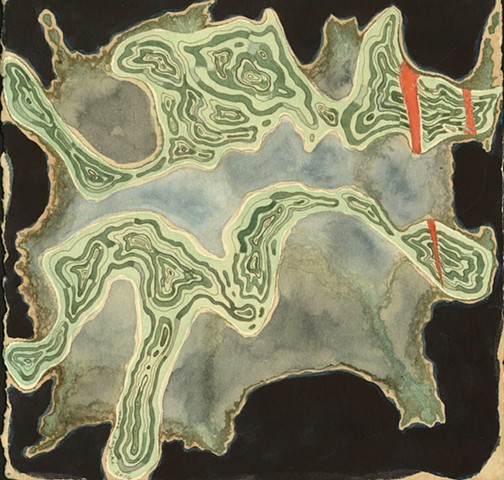 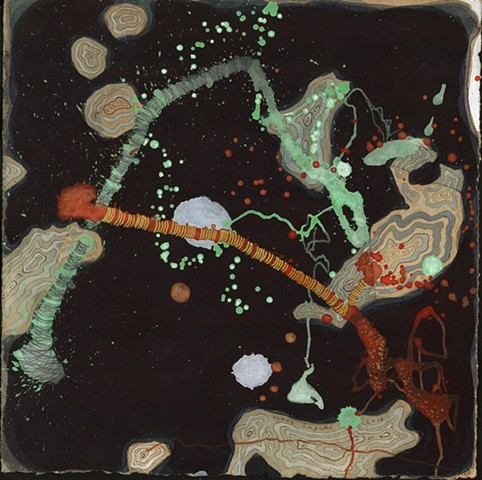 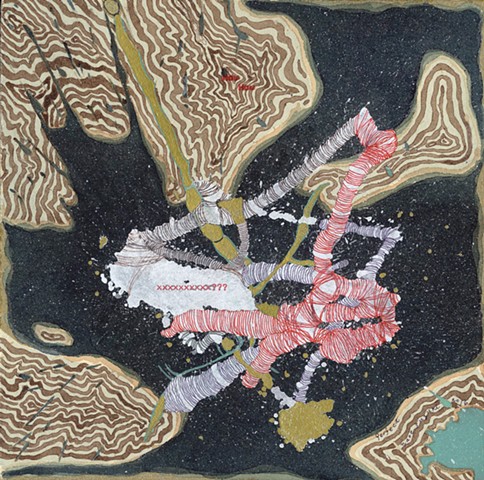 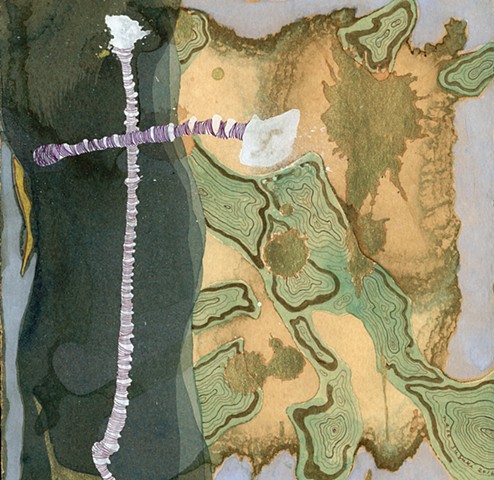 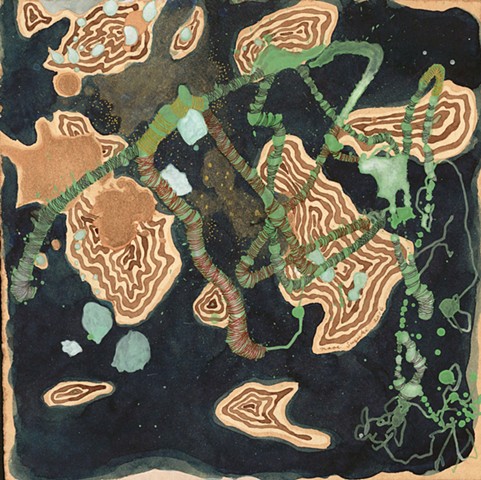 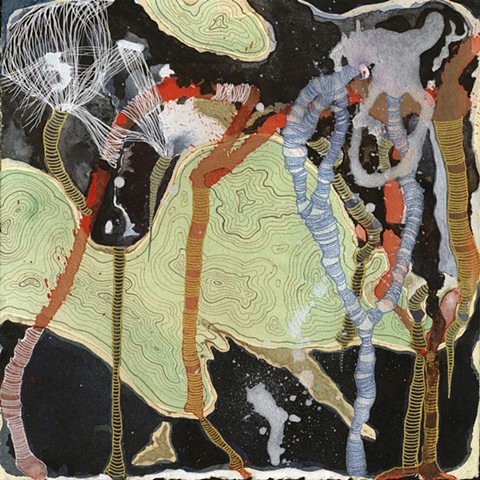 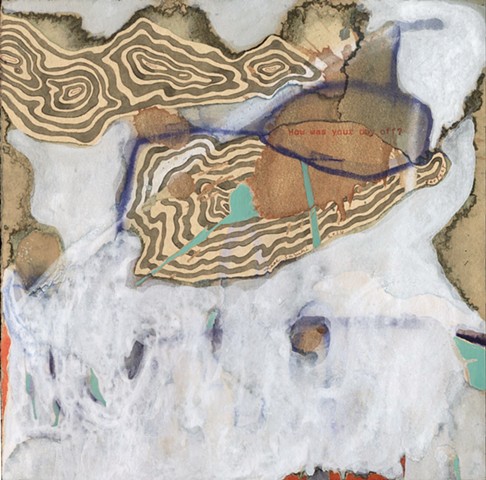 No man’s land series explores space between land and water—the areas for new negotiation due to sea level rise. The work depicts imaginary topographies that are based on shapes created by submerging a paper in a tray filled with colored water. By rocking the tray slightly, I created “storm surge” inside the tray. The surface areas that did not get covered by the water became the land in these drawings.

The temperature in ocean has been rising rapidly in the last decade. The rate of sea level rise has more than doubled from 0.06 inches per year throughout most of the 20th century to 0.14 inches per year from 2006–2015. According to the latest data from the NOAA Tide Predictions and Data, the sea will rise about six feet in the next 15 years. Scientists expect that sea level to continue rising faster, but just do not know how fast.

With sea level rise, many of the coastal lines will be quite different. Much of Boston, and many other coastal towns, will be under water.

At the time of creating this series between 2014 to 2016, still ongoing Syrian civil war and migration crisis over the Mediterranean Sea dominated the media. The news about the Syrian migration also had influence on this series, for example when I learned that 3,770 migrants died trying to cross the Mediterranean Sea in 2015 according to the data on International Organization for Migration. As the global temperature rise due to climate change, people in the global south will start moving towards north. There will be billions of people who will be forced to migrate. Where can they go? Updated with the latest data as of 3/29/21.